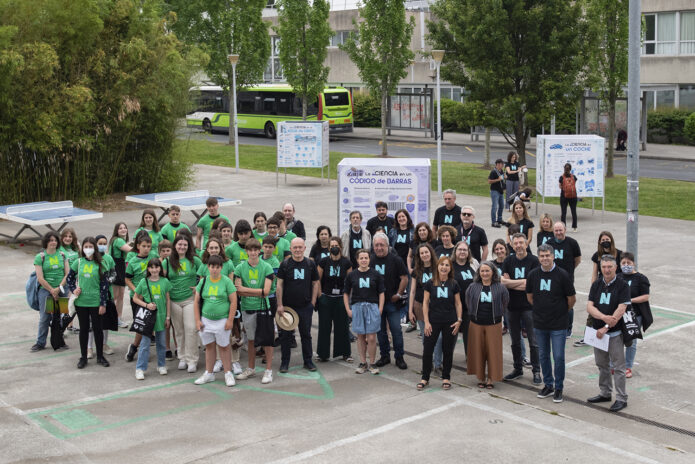 The programme started on June 3 with the reading of a common statement on the commitment of the universities to achieve the objectives of adaptation to climate change. In addition, numerous scientific and healthy breakfasts have been developed allowing the young attendees to dialogue and talk with researchers about global challenges that affect the climate, energy consumption and the main technological innovations at the service of quality of life.

The health of planet Earth and the quality of its water have been the focus of many workshops where students have been scientists for a day. Thus, at the University of Zaragoza, girls and boys from Primary School have analyzed the waters of the Ebro River like true geologists. For their part, in the workshops at the University of Cantabria, the participants have made use of nanotechnology to capture contaminants in the water.

Biodiversity has stood out at the University of Oviedo, with a science fair especially dedicated to plants and an urban exhibition entitled “The crisis of biodiversity in data” in the streets of the city. The University of the Balearic Islands has also promoted “The Biodiversity Safari”, a citizen science experience to document plant and animal species through a mobile application.

Knowing the research related to the EU missions and how to reduce our energy consumption are the issues that have focused the debate on the scientific breakfasts promoted by the University of Extremadura and the University of Castilla La Mancha with secondary school students.

For its part, the University of the Basque Country/Euskal Herriko Unibertsitatea has organized geological outings and a series of talks on “Planetary Limits” that have addressed climate change, the biosphere, ocean acidification and the use of fresh water, among other subjects.

Gender equality has also been present at the Green Week. The Public University of Navarra has included in its program the play “I want to be a scientist woman” and workshops organized by the Chair of Women, Science and Technology.

151 researchers have made possible this joint Green Week program dedicated to the Earth, biodiversity, energy and global challenges with the complicity and interest of the participating public. All information is available at: https://nocheinvestigag9.es/green-week/

The institutions that make up the group 9 of universities (G-9) join for the third consecutive year in a consortium to jointly celebrate the European Researchers’s Night in 2022 and 2023, coordinated by the University of Cantabria.

Under the name of “G9Missions, Go for the Missions!”, researchers from these universities will show the most human side of science with a varied program focused especially on disseminating the five missions of the European Union and related research projects.

The five European Union research and innovation missions focus on: cancer, adaptation to climate change, smart and climate-neutral cities, soil health and food. All of them will contribute both to the objectives of the European Green Deal, as well as to those of the European Plan to fight cancer and to those of Sustainable Development (SDG).

The program of the consortium formed by the universities of Cantabria, Castilla-La Mancha, Extremadura, Balearic Islands, Oviedo, País Vasco, Pública de Navarra and Zaragoza, with the collaboration of the University of La Rioja, is available on the page https:/ /nightinvestigag9.es/

This project is funded by the European Union within Horizon Europe: Framework Program for Research and Innovation, under grant agreement number 101061455.